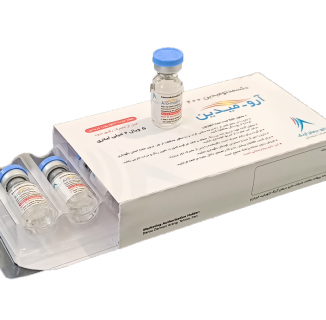 Concentrate for solution for infusion

In patients greater than 65 years of age, a higher incidence of bradycardia and hypotension was observed following administration of Dexmedetomidine. Therefore a dose adjustment  may need to bo considered in patients over 65 years of age.

Since Dexmedetomidineclearance decreases with increasing severity of hepatic impairment, dose reduction may need to be considered in patients with impaired hepatic function.

Safety and efficacy have not been established for Procedural or ICU Sedation in pediatric patients.

Visually inspect parenteral products for particulate matter and discoloration prior to administration whenever solution and container permit.

Dexmedetomidine has the potential to adhere to some types of natural rubber; it is advisable to use administration components made with synthetic or coated natural rubber gaskets.

Dexmedetomidine must be diluted with 0.9% sodium chloride solution to achieve required concentration (4 mcg/mL) prior to administration. Preparation of solutions is the same, whether for the loading dose or maintenance infusion.

To prepare the infusion, withdraw 2 mL of Dexmedetomidine Injection Concentrate, and add to 48 mL of 0.9% sodium chloride injection to a total of 50 mL. Shake gently to mix well.

Administration with Other Fluids

Dexmedetomidine infusion should not be co-administered through the same intravenous catheter with blood or plasma because physical compatibility has not been established.

Dexmedetomidine has been shown to be incompatible when administered with the following drugs: amphotericin B, diazepam.

Dexmedetomidine has been shown to be compatible when administered with the following intravenous fluids:

-The product should be used immediately and any unused portion should be discarded.

Dexmedetomidineshould be administered only by persons skilled in the management of patients in the intensive care or operating room setting. Due to the known pharmacological effects ofDexmedetomidine, patients should be continuously monitored while receiving Dexmedetomidine.

Dexmedetomidine should not be given as a bolus dose and in the ICU a loading dose is not recommended. Users should, therefore, be ready to use an alternative sedative for acute control of agitation or during procedures, especially during the first few hours of treatment. During procedural sedation, a small bolus of another sedative may be used if a rapid increase in sedation level is required.

Patient Information: When Dexmedetomidine is infused for more than 6 hours, patients should be informed to report nervousness, agitation and headache that may occur for up to 48 hours.

Clinically significant episodes of bradycardia and sinus arrest have been reported with Dexmedetomidineadministration in young, healthy adult volunteers with high vagal tone or with different routes of administration including rapid intravenous or bolus administration.

Reports of hypotension and bradycardia have been associated with Dexmedetomidineinfusion. If medical intervention is required, treatment may include decreasing or stopping the infusion of Dexmedetomidine, increasing the rate of intravenous fluid administration, elevation of the lower extremities, and use of pressor agents. Because Dexmedetomidinehas the potential to augment bradycardia induced by vagal stimuli, clinicians should be prepared to intervene. The intravenous administration of anticholinergic agents (e.g., glycopyrrolate, atropine) should be considered to modify vagal tone. In clinical trials, glycopyrrolate or atropine were effective in the treatment of most episodes of Dexmedetomidine-induced bradycardia. However, in some patients with significant cardiovascular dysfunction, more advanced resuscitative measures were required.

Caution should be exercised when administering Dexmedetomidineto patients with advanced heart block and/or severe ventricular dysfunction. Because Dexmedetomidinedecreases sympathetic nervous system activity, hypotension and/or bradycardia may be expected to be more pronounced in patients with hypovolemia, diabetes mellitus, or chronic hypertension and in elderly patients.

Care should be taken in severe hepatic impairment as excessive dosing may increase the risk of adverse reactions, over-sedation or prolonged effect as a result of reduced dexmedetomidine clearance.

Experience of dexmedetomidine in severe neurological disorders such as head injury and after neurosurgery is limited and it should be used with caution here, especially if deep sedation is required. Dexmedetomidine may reduce cerebral blood flow and intracranial pressure and this should be considered when selecting therapy.

Alpha-2 agonists have rarely been associated with withdrawal reactions when stopped abruptly after prolonged use. This possibility should be considered if the patient develops agitation and hypertension shortly after stopping dexmedetomidine.

Dexmedetomidine may induce hyperthermia that may be resistant to traditional cooling methods. Dexmedetomidine treatment should be discontinued in the event of a sustained unexplained fever and is not recommended for use in malignant hyperthermia-sensitive patients.

The most frequently reported adverse reactions with dexmedetomidine in the ICU setting are hypotension, hypertension and bradycardia, occurring in approximately 25%, 15% and 13% of patients respectively.

Hypotension and bradycardia were also the most frequent dexmedetomidine-related serious adverse reactions occurring in 1.7% and 0.9% of randomized Intensive Care Unit (ICU) patients respectively.

The most frequently reported adverse reactions with dexmedetomidine in procedural sedation are listed below:

- Hypotension (55 % in dexmedetomidine-group vs. 30 % in placebo-group receiving rescue midazolam and fentanyl)

- Respiratory depression ( 38 % in dexmedetomidine-group vs. 35 % in placebo-group receiving rescue midazolam and fentanyl)

- Bradycardia (14 % in dexmedetomidine-group vs. 4 % in placebo-group receiving rescue midazolam and fentanyl)

In relatively healthy non-ICU subjects treated with dexmedetomidine, bradycardia has occasionally led to sinus arrest or pause. The symptoms responded to leg raising and anticholinergics such as atropine or glycopyrrolate. In isolated cases, bradycardia has progressed to periods of asystole in patients with pre-existing bradycardia. Also, cases of cardiac arrest, often preceded by bradycardia or atrioventricular block, have been reported.

Children > 1 month post-natal, predominantly post-operative, have been evaluated for treatment up to 24 hours in the ICU and demonstrated a similar safety profile as in adults. Data in new-born infants (28 – 44 weeks gestation) is very limited and restricted to maintenance doses ≤ 0.2 mcg/kg/h. A single case of hypothermic bradycardia in a neonate has been reported in the literature.

Co-administration of dexmedetomidine with anesthetics, sedatives, hypnotics, and opioids is likely to lead to an enhancement of effects, including sedative, anesthetic, and cardiorespiratory effects. Specific studies have confirmed enhanced effects with isoflurane, propofol, alfentanil, and midazolam.

There are limited amount of data from the use of dexmedetomidine in pregnant women. Studies in animals may have shown reproductive toxicity.

Dexmedetomidine is excreted in human milk, however, levels will be below the limit of detection by 24 hours following treatment discontinuation. A risk to infants cannot be excluded. A decision must be made whether to discontinue breastfeeding or to discontinue dexmedetomidine therapy taking into account the benefit of breastfeeding for the child and the benefit of therapy for the woman.

In the rat fertility study, dexmedetomidinedid not affect male or female fertility. No human data on fertility are available.

Effects on ability to drive and use machines

Patients should be advised to refrain from driving or other hazardous tasks for a suitable period after receiving Dexmedetomidine for procedural sedation.

The tolerability of Dexmedetomidinewas studied in one study in which healthy adult subjects were administered doses at and above the recommended dose of 0.2 to 0.7 mcg/kg/hr. The maximum blood concentration achieved in this study was approximately 13 times the upper boundary of the therapeutic range. The most notable effects observed in two subjects who achieved the highest doses were first degree atrioventricular block and second degree heart block. No hemodynamic compromise was noted with the atrioventricular block and the heart block resolved spontaneously within one minute.

Aro-midin200 is Dexmedetomidine HCL 200 mcg/2mL, Concentrate for solution for infusion. It is supplied in pack of 5 vials of 2 mL.

Keep in original package and store below 30˚C and protect from light and freezing.

For single use only.Discard any unused solution. 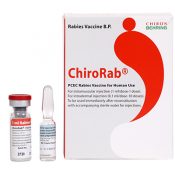 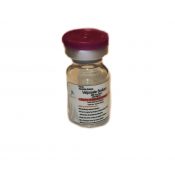 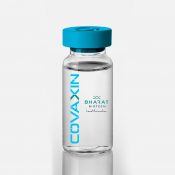 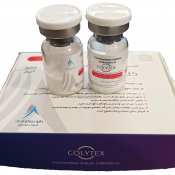 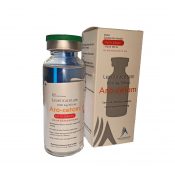 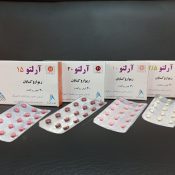 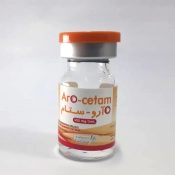 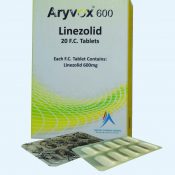 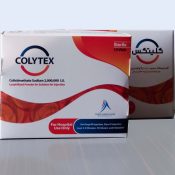 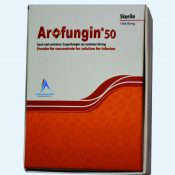 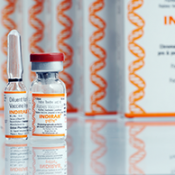